About Gods in anime

Welcome to Gods in Anime Blog – the ultimate destination for fans of anime gods and deities! Whether you're a seasoned anime veteran or a newcomer to the world of anime, we've got something for everyone here. Our blog is dedicated to exploring the role and significance of gods in anime and how they shape the stories and characters of some of our favorite series.

At Gods in Anime, we believe that anime gods are some of the most compelling and interesting characters in the medium.

From their complex motivations and desires to their awe-inspiring powers and abilities, anime gods are a central and integral part of many popular series. Whether it's Kaguya Ōtsutsuki in "Naruto," Ymir Fritz in "Attack on Titan," or the Greek gods in "Saint Seiya," anime gods are often depicted as multifaceted and deeply human-like characters who are central to the storylines of their respective series.

One of the things that set Gods in Anime Blog apart from other anime blogs is our focus on in-depth analysis and discussion of the role of gods in anime. Our team of dedicated writers and researchers are passionate about exploring the deeper meanings and themes of anime series and how they relate to the portrayal of gods in the medium. Whether it's examining the complex relationships between gods and mortals, the moral dilemmas faced by deities, or the symbolism and metaphor behind their powers and abilities, we strive to provide thought-provoking and insightful content that goes beyond surface-level analysis.

Examples Of Themes Gods In Anime Will Explore -

The role of religion and spirituality in anime:

Many anime series, especially those with a historical or mythological setting, explore the role of religion and spirituality in the lives of their characters. This can range from the portrayal of specific religions and belief systems to the use of gods and deities as symbols or allegories for broader themes and ideas. 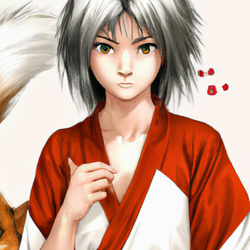 The portrayal of female gods in anime:

While male gods are often depicted as the central and most powerful deities in anime, there are also a number of strong and significant female gods in the medium. From the powerful and majestic Kaguya Ōtsutsuki in "Naruto," to the cunning and manipulative Eris in "Zeta Gundam," female gods are an important and integral part of many anime series.

The relationships between gods and mortals:

The use of gods as metaphors and symbols:

In addition to serving as central characters in their own right, anime gods are often used as symbols and metaphors for broader themes and ideas. For example, the Titans in "Attack on Titan" are often used as a metaphor for the destructive nature of human conflict and the dangers of unchecked power.

The evolution of the portrayal of gods in anime:

While gods have been a staple of anime since the medium's earliest days, the way they are portrayed has changed and evolved over time. From the epic and grandiose gods of classic series like "Saint Seiya" and "Gundam," to the more complex and human-like gods of modern series like "Attack on Titan" and "Fate/Stay Night," the portrayal of gods in anime has undergone many changes and developments.

In addition to our analysis and discussion of anime gods, we also keep our readers up-to-date on the latest news and developments in the world of anime. From new releases and announcements to fan theories and speculation, we've got all the latest updates and information on the anime world. We also feature interviews with some of the biggest names in the industry, giving our readers a behind-the-scenes look at the creative process and the people who bring our favorite series to life.

But we don't just cover anime gods – we also delve into other aspects of the anime world, including reviews of popular series, retrospectives on classic shows, and discussions of the latest trends and developments in the industry. Whether you're a fan of action-packed shonen series like "One Piece" and "My Hero Academia," or more psychological and introspective shows like "Death Note" and "Fullmetal Alchemist," we've got something for everyone at Gods in Anime Blog.

So if you're a fan of anime gods and deities, or just want to stay up-to-date on the latest news and developments in the anime world, be sure to bookmark Gods in Anime Blog and check back often for new content. We'll be your number-one source for all things gods in anime, and we can't wait to share our love of the medium with you.

Gods in anime are a common theme and have been featured in many popular shows and films. They often play a central role in the plot, serving as either allies or enemies to the main characters. These divine beings are usually depicted as powerful and majestic, with abilities that far surpass those of mortals.

One popular example of gods in anime is the Greek gods from the series "Saint Seiya."

This show follows a group of young warriors known as Saints who are tasked with protecting the goddess Athena. The Saints are each associated with a different constellation and possess superhuman strength, speed, and durability. They are also able to tap into the power of their guardian constellation, allowing them to unleash powerful attacks. The Greek gods in this series are depicted as immortal beings with near limitless power, and they often play a central role in the plot as either allies or enemies to the Saints.

Another example of gods in anime is the gods of ancient Japan featured in the series "Noragami."

This show follows the story of Yato, a god who is struggling to gain recognition and followers. Despite being a god, Yato is often depicted as being poor and struggling to make ends meet. He is aided by Hiyori, a human girl who becomes his devoted follower, and Yukine, a spirit who serves as Yato's weapon. The gods in this series are depicted as being able to manipulate the physical world and have control over the spirits of the deceased.

Gods in anime are also often depicted as being involved in epic battles and conflicts.

In the series "Fate/Stay Night," a group of mages known as Masters summons powerful spirits known as Servants to fight in a tournament to determine who is the strongest. The Servants are each based on historical or mythological figures, including gods such as Hercules and Zeus. These Servants possess extraordinary powers and abilities, and they are able to unleash devastating attacks on their opponents.

Gods in anime are also often depicted as having complex relationships with mortals.

In the series "Kamisama Kiss," a high school girl named Nanami becomes the Earth deity of a small shrine after her father abandons her. She is aided by Tomoe, a fox demon who serves as her familiar, and they develop a close bond as they work together to fulfill Nanami's duties as a deity. The gods in this series are depicted as being able to interact with mortals and even fall in love with them, but they are also bound by strict rules and must be careful to not reveal their true nature to humans.

Gods in anime are also often depicted as being at odds with one another.

In the series "Attack on Titan," the world is ruled by giant humanoid creatures known as Titans, who are worshipped as gods by some humans. The main character, Eren Yeager, possesses the ability to transform into a Titan and becomes a key figure in the conflict between the Titans and the humans who seek to defeat them. The gods in this series are depicted as being powerful and dangerous, and their motives and actions are often shrouded in mystery.

In conclusion, gods in anime are a common theme and have been featured in many popular shows and films. They are often depicted as powerful and majestic beings with abilities that far surpass those of mortals. These divine beings play a central role in the plot, serving as either allies or enemies to the main characters and often being involved in epic battles and conflicts. They are also depicted as having complex relationships with mortals and being at odds with one another. Regardless of their role, gods in anime continue to capture the imagination of audiences and remain a beloved element in the genre. 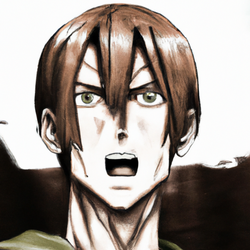 About Gods in anime
We use cookies to ensure that we give you the best experience on our website. If you continue to use this site we will assume that you are happy with it. Ok